Whether you are going on a camping trip, road trip, or are visiting family or friends, if you have a toddler, you know that it can be a bit of a challenge finding the perfect napping spot for your little one.

You may not know it, but there are actually several high-quality and toddler-friendly travel beds that you can get for your little one, and we have found some of the best ones to give you an idea of what is out there. 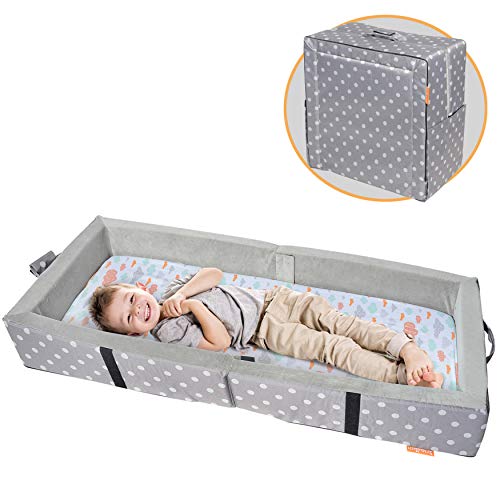 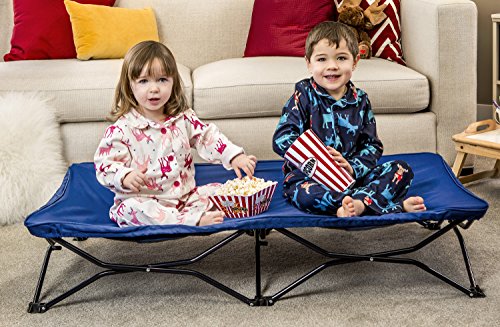 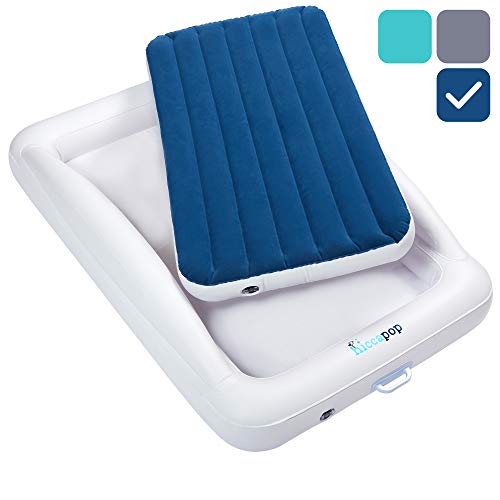 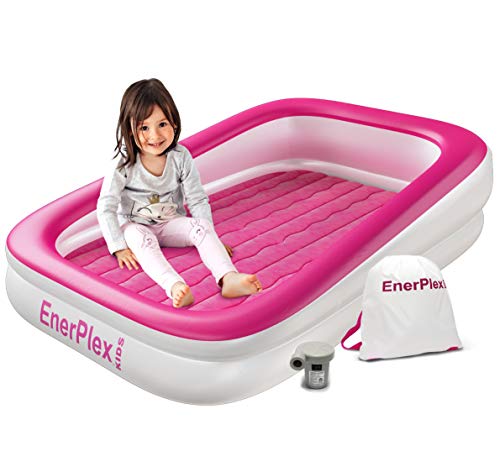 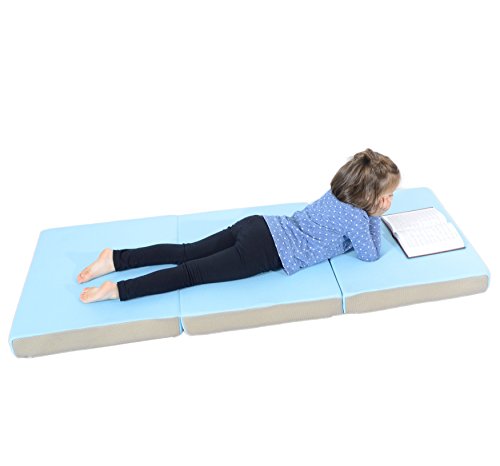 
This is possibly the longest-lasting and high-quality mattresses/nap pads that you can get, and while it may be one of the more expensive options, it is large and sturdy enough to last far beyond the regular lifespan of a regular model.

The shape and design of this bed are a bit unique since it is a square box when it is folded and stored away, and all you have to do to set it up is unzip the box and open it up. The mattress is stored in the box, and there is a bit of extra room inside to store any blankets.

The one downside is that it is rather large, even when stored within its 'box'; it is about 27 inches tall, 25 inches long, and 14.5 inches wide. On the other hand, the box has a handle on the top that makes moving and carrying it a bit easier.


This is one of the higher-quality toddler-sized cots out there right now, and it is one of the most affordable traveling beds too. Being pretty low to the ground and the sheet can easily be taken off and thrown in the washer, this can be one of the better options for camping.

It can take a few minutes to set up, but it does come with a carrying bag and a fitted sheet for the cot that makes it a bit softer. You can also get it in pink, blue, or grey, too.

The low height makes it a bit safer for the little one in case they roll off of it in their sleep, but it is still a good idea to have a thick blanket or pad on either side of the cot, just in case.

It is a bit more firm than some of the other beds, but you can make it softer by getting a cheap mattress topper and putting in on the cot before putting a blanket over it; the topper might be too thick to have the fitted sheet be attached over it.


This is one of the better air mattresses that you can get both for indoor and outdoor use since it is not one but two mattresses. The first mattress goes on the ground and has built-in side bumpers that go above the second mattress, and this is the one you can have your sheets on.

You can get the mattress in midnight blue, slate grey, or Tahitian blue, and it is about 62 inches long (a little over 5 feet) and can hold up to 300 pounds of weight.

As with all air mattresses, it does deflate over time, but since this is made of two mattresses, it can take as long as 5 hours or more depending on how much your toddler weighs.

On the bright side, with an electric pump, it takes less than 3 minutes to completely blow up both mattresses. With a manual pump, it can only take about 10 minutes, depending on how fast you are pumping it.


This is a good air mattress for young girls or boys who love pink since the top and wrap-around side bumpers are lined with bright hot pink. Just like the last model, this one is also made of two different air mattresses instead of one.

Unlike the other model, though, this one comes with an electric air pump with several different attachments for different-sized mattresses, and it even comes with a car adaptor power plug, too.

This model does deflate slightly quicker than the last model since the bottom mattress is not as thick as the last one. However, it can still last for up to 4 hours before it starts to deflate, depending on your little ones' weight.


This mattress is pretty similar to the first one on the list but does not have any frame or bumpers, but it is only three inches off of the ground, making it safe enough for most toddlers.

Instead of being folded into a box, this one is simply folded twice within itself into a simple square, and it comes with a special cover that can be unzipped and thrown in the washing machine, too.

It does not come with a carrying case, but finding one can be pretty easy since Milliard does sell one separately; and it fits perfectly in the bag, too. It does cost a bit more, but it is still cheaper than the mattress itself.

It is just as firm and supportive as the other pad, but the pad tends to be weaker in the crevasses where it folds, making it have a slightly shorter lifespan, especially if your toddler kicks or pulls at them; which is pretty much expected unless you cover it with a bedsheet.

The winner for the best out of these 5 models would have to be the first product: the Milliard Portable Toddler Travel Nap Mat. It is one of the softest, most supportive, and high-quality beds out there, and it includes a small amount of storage space and a carrying box built into the bed itself.

How Can You Choose the Best Toddler Bed?

There are many different styles and sizes out there, and some are better to be used for certain places or activities; outdoor camping vs indoor use.

If you are looking for a cheap one that can be used every now and then for camping, then you might prefer a toddler-sized air mattress. For something a little more long-lasting, a portable cot can be a better option.

Otherwise, the higher-quality choices are ones that come with a mini or thin mattress/pad. They can last nearly as long as a regular mattress, sometimes longer, and they can be more comfortable for your little one, making it easier for them to fall asleep quickly.

Are They Safe to Use?

Yes, as long as your child is old enough to use them and knows that it is not a toy, it is a bed. For younger children, you may want to get a pad or mattress since they are less likely to play around on them.

Cots and air mattresses can be better for the older toddlers since they are less likely to hurt themselves by falling or rolling off of it.

How Long Can They Last For?

Mattresses and pads can last up to 10 years or more if they are properly cared for. Cots can last nearly that same amount of time, depending on how often you use them. Air mattresses tend to have the shortest lifespan, lasting a couple of years or so.

Depending on how old your toddler is and what kind of mattress you get, odds are that your kid will outgrow the mattress before it gives out; as long as you properly care for it.

If just the design drew you in, click the link to check out all of the other details. You could also click the other links to compare the beds to find which one or type you think would be best for your little one.